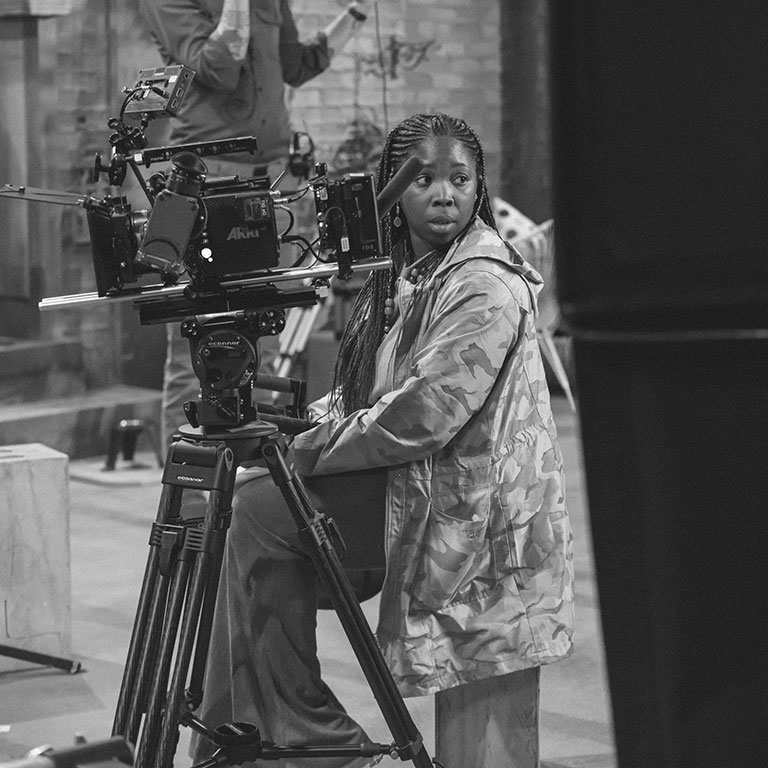 B. Monet
writer/director
Writer/Director
B. Monét is a writer/director who graduated from Spelman College with a B.A. in English. She hails from Silver Spring, Maryland and holds an MFA from New York University in Film and Television with a concentration in writing and directing.

Her award-winning short film Q.U.E.E.N. has screened at over a dozen festivals including Cannes Short Film Corner and premiered on Magic Johnson's channel ASPiRE. She was also named the 2017 Horizon Award Winner through Cassian Elwes, Christine Vachon and Lynette Howell - Taylor at the Sundance Film Festival. She’s been fortunate to work with Reese Witherspoon, Janet Jackson, Rosario Dawson, Chika, Rapsody and Shangela for brands like Crate and Barrel, Estee Lauder, Uber, OkayAfrica, OkayPlayer, and Hyundai. Last year she made history by becoming the first black woman to direct a Cadillac commercial. She was selected as one of the filmmakers in the New York Stage and Film Filmmakers' Workshop at Vassar College for her Q.U.E.E.N in July 2019.