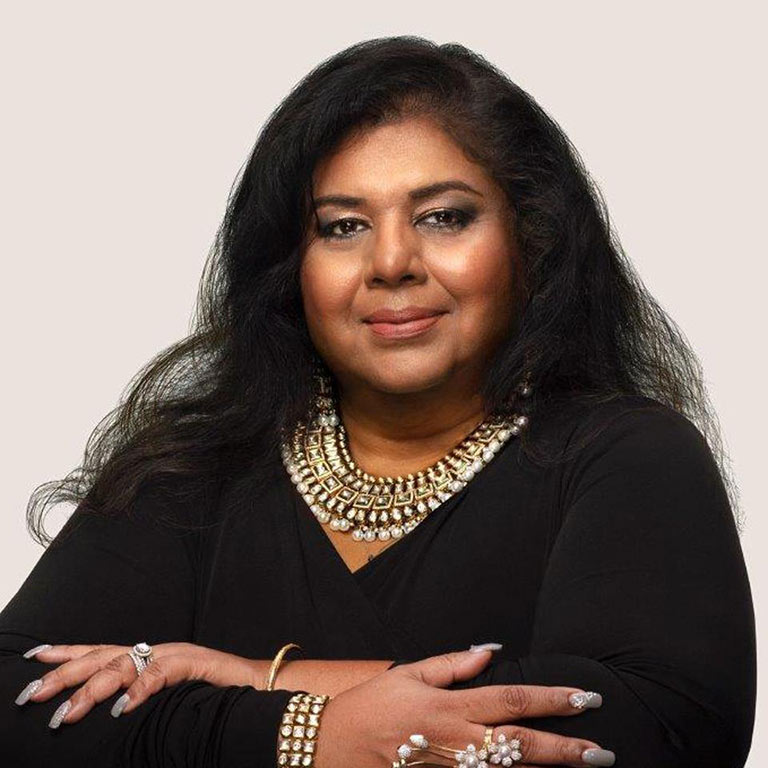 Ann Mukherjee
Chairman and CEO
Pernod Ricard NA
In December 2019, Ann Mukherjee joined Pernod Ricard North America as Chairman & CEO. The first industry outsider and woman of color to assume the position, she has demonstrated from day one her ability to advance through ambiguity, while delivering both ROI and ROR (return on responsibility).

Ann is transforming the Pernod Ricard North America business to be laser-focused on driving the science of predictable consumer demand. She’s igniting growth across the portfolio by improving speed to market; and is building trusted brands attuned to the current climate of culture.

Ann is unafraid to put resources behind the cultural issues that matter most to the people and communities the company and its brands serve. Ann led the Absolut team in taking a stand on consent, forcing a critical conversation on a taboo topic for the alcohol industry; she rallied the company’s manufacturing facilities to produce hand sanitizer in support of the federal and local government’s response to COVID-19; she directed the company’s $1 million investment in racial justice nonprofits; and she’s currently calling on associations, social media platforms and brands across industries to join an open source, consumer movement to help stop hate speech online.

Ann joined Pernod Ricard from S.C. Johnson and Company, where she broke ground as their first-ever Global Chief Marketing Officer and, later, Global Chief Commercial Officer overseeing a $12 billion business division in more than 90 markets. She previously made a decade-long impact at PepsiCo, most recently as President of Global Snacks and PepsiCo Global Insights. As CMO for Frito-Lay North America, she created a mantra of “Transform Tomorrow Today” to create breakthrough marketing. She spearheaded the multiyear Crash the Super Bowl campaign, which aired fan-made ads in a radical first for the advertising industry. Ann began her strategic marketing journey at Kraft Foods Group where she worked over a decade, after starting her career at Citibank Diners Club. Ann graduated with two bachelor’s degrees, one in Economics and a second in Comparative Religious Theology, and an MBA from the University of Chicago.

For the courageous moves she has made throughout her 30-year career, Ann was recognized among Forbes’ Top 50 Most Influential CMOs; named Marketer of the Year by Brand Week; and earned an ADCOLOR Legend Award. She was recently nominated for Wine Enthusiast’s Person of the Year and PRWeek’s Most Purposeful CEO.
Close