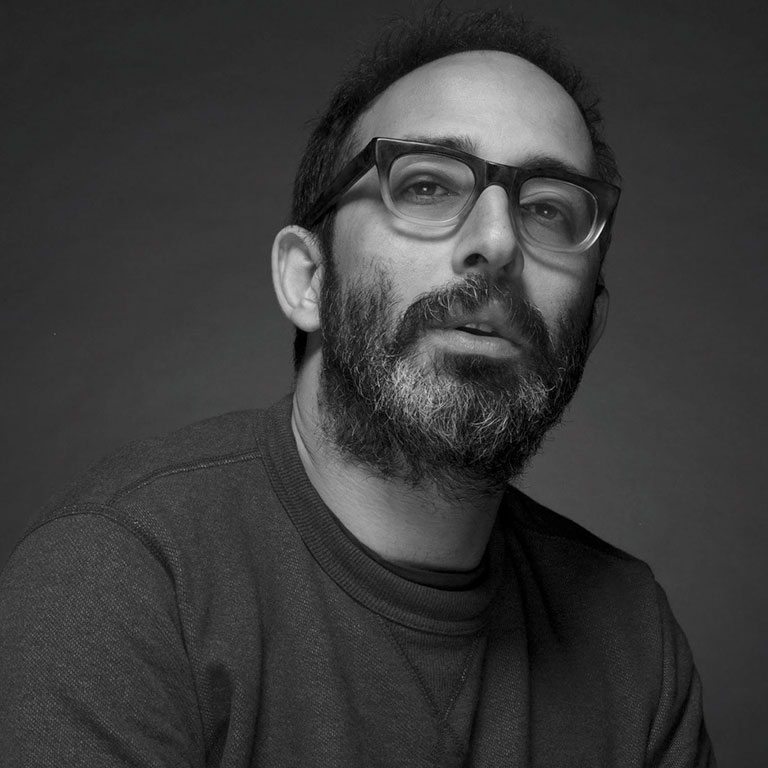 Maged Nassar
ECD and Co-founder
Good People films
Easily one of the most awarded creatives with countless gold and glass Cannes Lions, over ten D&AD Pencils, Black Cubes from the Art Director’s Club and a Grand Prix from the London Advertising Festival to his name, Maged is that ‘creative genius’. He just THINKS he’s a simple guy because he always orders the same item from a menu. Maged co-founded Good People along with Ali Ali and Pierre Mouarkech in 2016. When he’s not behind the camera directing, he is the acting ECD of Good People.
Always in a cap, ombré glasses and plain tee whether he’s on set or judging award shows, he likes to keep the creative juices flowing while directing for international brands like Orange, Du, Coke and Toyota to name a few. The cast of his films are always fresh and exotic faces that add an ‘aha’ factor to every frame. Probably inspired by his comic collections.

He has a fetish for bold crafting, making any raw material imbue with new meaning. You can get a glimpse of that in films like ‘Everything’ for Zain and “Back to Black’ for Pepsi.

Undeniably agency breast fed, Maged still loves to get his hands dirty in the creative process even after shifting to directing a couple years ago. His style is offbeat & unorthodox. His character is timid and ridiculously witty.

Cool fact? He loves Elephants. Hence the name of his creative agency which is the birth child of his life-long-ad-affair with Ali Ali.

Maybe he will tell you why on set.
Close