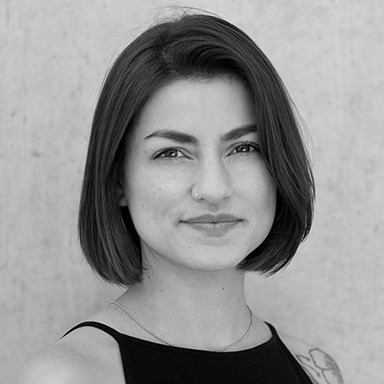 Maite Albuquerque
GCD
72andSunny
Maite was born and raised in Brazil but she spread her wings to the world living in New York for 5 years and recently finding her new home in LA. She is a hands-on Designer and Art Director with more than 10 years of experience working from award-winning production companies like B-reel to renowned agencies like Ogilvy NY and 72andSunny LA.

Her work has been featured in major news outlets like The New York Times, Washington Post, Fast Company, Wired magazine and many others. She is proud to have won a handful of awards including One Show pencils, Webby Awards, FWAs, a Cannes Cyber Lion and recently an Emmy nomination. While she is proud of her awards she’s even prouder to be involved in projects that help empower girls. She participated in a project for a non-profit organization that helped provide 10 years of education for 58,000 girls in India and a project in US for Google that introduced nearly 1 million girls to code.

She describes herself as a forever learner and loves sharing experiences with her teams. She is currently a mentor in a program called 72U which is a creative residency designed to open people up to new ways of thinking, collaborating, and tackling modern communication problems.

But she doesn’t stop there. To make life even more exciting, she just started her own brand of eco friendly shoes in which she hopes to prove that sustainability and style can walk side by side.
Close