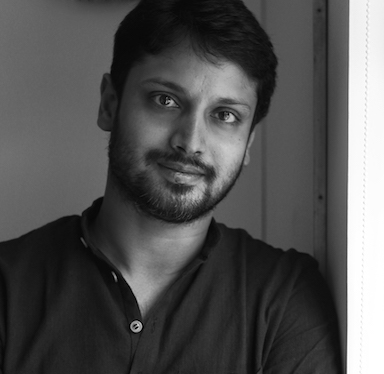 Currently the Creative Head (South) at McCann Worldgroup, Sambit has been responsible for creating many an iconic campaign such as Facebook ‘Thumbstoppers’, the ‘Lost Votes’ campaign for The Times of India and the Tata Steel corporate campaign ‘We Also Make Tomorrow’.

Over the course of his career, Sambit has won numerous international awards including Cannes Lions, D&AD, Spikes. And closer home, multiple Effies, Kyoorius and Abbies.

An avid quizzer, Sambit has had the distinction of being a finalist in BBC Mastermind and National winner of the Brand Equity Quiz. He’s also a biker at heart and is a bit of a speed demon.
Close