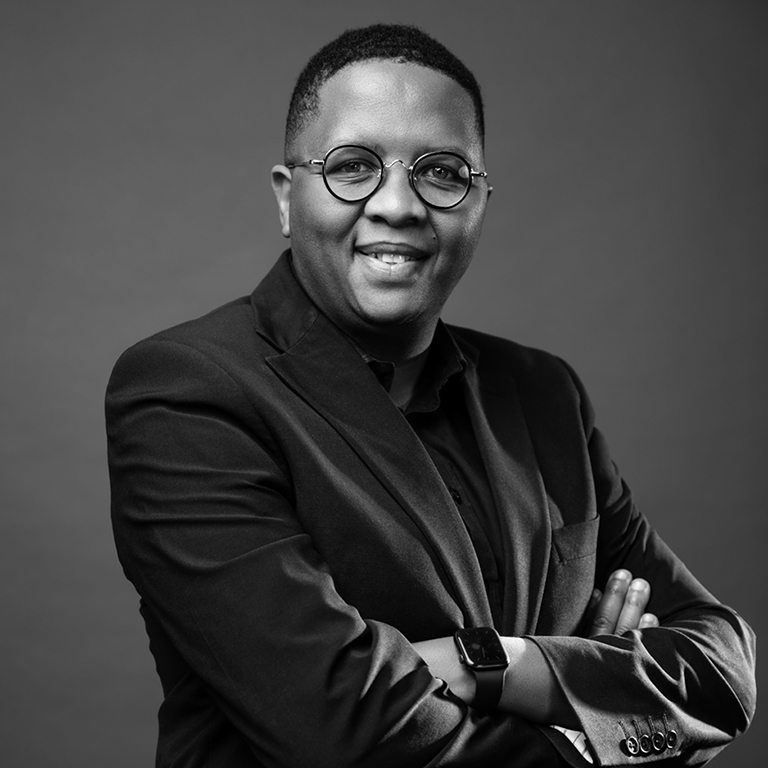 Xolisa Dyeshana
ECD/Partner
Joe Public
Xolisa is Chief Creative Officer and partner at Joe Public United and has been an invaluable
part of the agency group’s growth story, having begun his journey with the agency as far

He contributes a wealth of experience gained over 17 years, working on iconic brands like
Mercedes-Benz, Ford Motor Company, Nedbank, Dialdirect, P&G, Renault, 3M, Chicken
Licken, UberEats, Converse, Distell, Momentum, Santam, Elizabeth Arden and Toyota.
Xolisa’s passion lies in the world of creativity. To this end, he has actively contributed to
the industry as Chairperson of Creative Circle, the highest decision-making body for
advertising creativity in South Africa and served as Chairman of the Loeries (2012–2014),
South Africa’s premier advertising awards show. He also strives to give a voice to African
creativity on the global stage, having served on the juries of almost every renowned
advertising award show across the world. Most recently, he was elected to the
international board of the One Show – the premier advertising show in the United States.
His passion for creative excellence is evident in the numerous awards won throughout his
career at both local and international awards festivals, including Cannes, D&AD, One Show,
Loeries and more – earning him recognition as South Africa’s No. 1 creative leader in 2018

and as one of Finweek’s ‘Top 6 People to Watch in Advertising’.

Xolisa lists opening the 20th Annual Design Indaba Conference alongside Pepe Marais
among his personal career highlights. He is also proud to have been one of the creative
minds behind Brothers for Life, one of South Africa’s biggest and most successful
behavioural change campaigns – demonstrating another of Xolisa’s passion points,

which is driving social change through creativity.