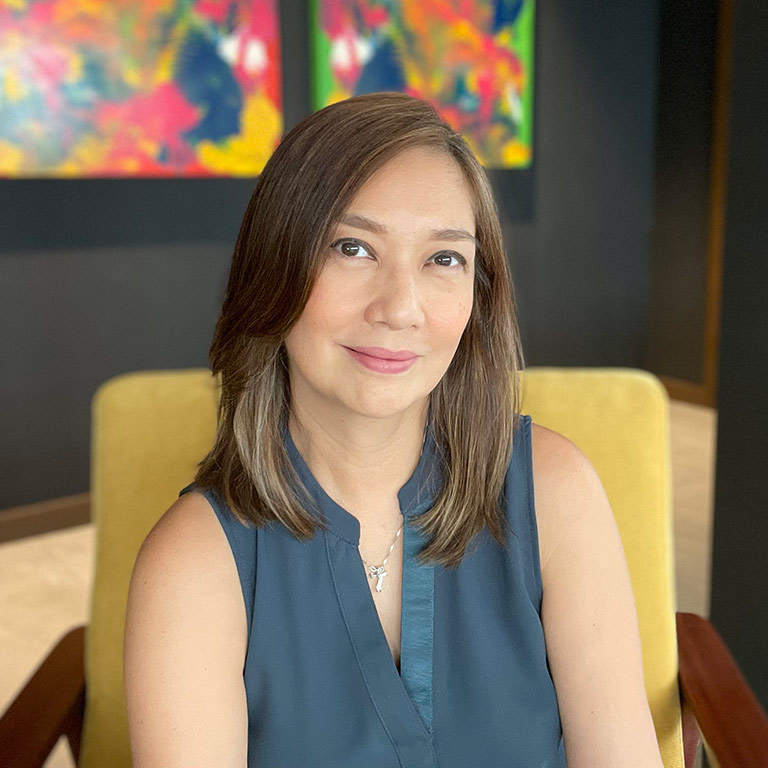 Merlee Jayme
Global President
Dentsu McgarryBowen
The 2019 Drum Global Ranking announced the top 100 Chief Creative Officers in the world, and there were only 8 women in the list. One of them is Merlee Jayme.

The Global President of Dentsu McgarryBowen, and "Chairmom" of Dentsu Jayme Syfu, Merlee is known for her work that push Insights and innovation.

She has been recognized as The Creative of the Year by Campaign Asia and the CEO of the year by the International Association of Business Communicators.

Her major awards include a Cannes Lion Grand Prix for Mobile, Grand CLIO, LIAA, The One Show and D&AD pencils. Beyond awards, she has led her agency to win key accounts: Coca-Cola, Nestle, and Shell fuels.

Merlee is a sought-after international speaker and an opinion leader. Her helpful videos during WFH showed "Creativity that means business" for the Cannes Lions "future gazers", Campaign's "Creativity at Home", LIA's "Re-Packaging yourself" -a survival guide for creatives, during these trying times. Her talk for SPIKES this year is all about "The Brave New Normal" the trends of 2021 and beyond.

One of CNN’s Leading Women, she is a seasoned judge in award shows, an author/illustrator of a handbook “Everyone Can Be Creative”, a mom to 4 creative girls, and an inspiration in breaking the glass ceiling in this mad men’s world.
Close