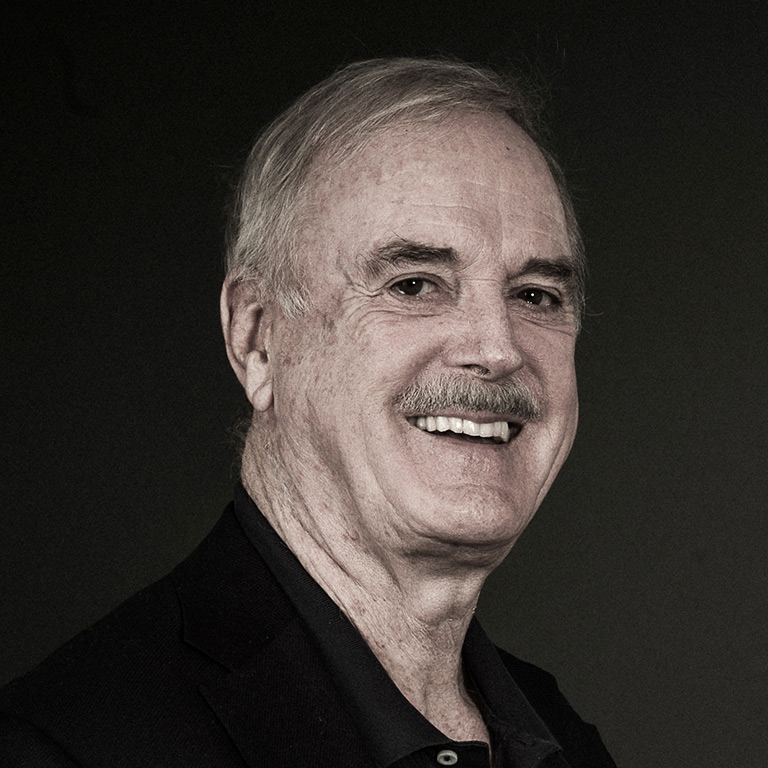 John Cleese
Writer, Actor & Tall Person
John Cleese is best known for his involvement in Monty Python’s Flying Circus, Fawlty Towers, Monty Python and the Holy Grail, Monty Python’s Life of Brian, and a Fish Called Wanda. In addition to his comedic activities, he was a co-founder with Sir Antony Jay of Video Arts, a management and sales training video company. Over a period of 20 yrs, Video Arts made over 120 training videos, and it was the largest firm of its kind outside the United
States.

John Cleese was also a co-author, with the eminent psychiatrist Dr. Robin Skynner of two books ‘Families And How To Survive Them’, and ’Life And How To Survive It’. These books, which explored psychology, psychiatry, and their application to the wider world, both
became best sellers.

He wrote his first autobiography ‘So Anyway’, which was published in 2014 and has sold 600,000 copies worldwide. In 2020, he also penned ‘Creativity A short and cheerful guide’.

In his twilight years he passes his time writing film scripts, making speeches to business audiences, doing seminars on creativity, teaching at Cornell and constructing a virtual reality (his website, www.thejohncleese.com)
Close