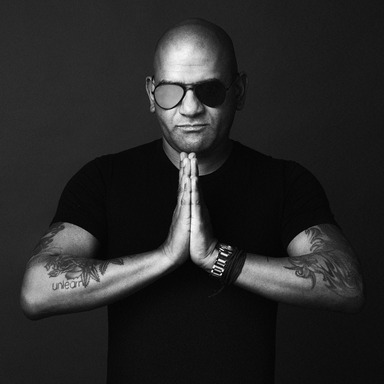 Nathan Reddy
Founder and Chief Creative Officer
GRID Worldwide Branding and Design
Nathan Reddy’s personal mantra is makeitmeansomething, over a period of 25years Nathan has risen to be one of South Africa most prominent creative forces.

He studied Design at M.L.Sultan college of design. His first job was at FCB where he stayed for 3 years, followed by head of design at TBWA Hunt Lascaris for a further two years before starting the first DDB in South Africa with Louis Gavin.

After a few years at DDB, Nathan and Louis Gavin started their own agency called TBWA Gavin Reddy. TBWA Gavin Reddy went on to be one of the most creative agencies in South Africa.

In 2006, Nathan started his own shop called GRIDWORLDWIDE, where he remains today as Chief Creative Officer. Today GRID is South Africa’s most awarded studio, creating and rebranding some of the most iconic Brands around the world.

In 2016 the South African industry honored Nathan with a lifetime achievement award, the youngest person ever to receive such an award. In his acceptance speech he said he was just starting.

“The world does not need another brand, what it needs, are brands that make it mean something”
Close